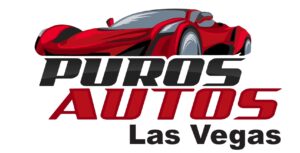 The MACEF Film Festival submission application is for those individuals who want to showcase their work to other film lovers, filmmakers, and Hollywood industry professional. The two-day festival will feature films and TV content made by Mexican-Americans, featuring Mexican-Americans and championed by Mexican-Americans. The filmmakers will have an opportunity to network with industry professionals and audiences. The festival will be inviting trailblazing filmmakers whose film changed the course of independent filmmaking and will provide a learning experience and a screening of their films with couple of retrospective screening.

Fitting with this year’s theme of “changing the narrative, recognizing who we are”, MACEF’s mission is to change the negative narrative of Americans of Mexican descent by highlighting their stories and their positive contribution to the U.S.

The MAFTF aims to promote positive and accurate portrayals of people of Mexican descent on both the small and big screens and foster new generations of filmmakers from the largest Latino group in the United States.

“For over 100 years, Hollywood has ignored the presence and contribution of Mexican-Americans and mainly represented them as maids, gardeners, and gangsters,” says Jose Luiz Ruiz, MACEF president, and founder. “This will not change unless we make it change. We at MACEF encourage our Mexican and Mexican-American filmmakers to submit their projects to the festival, the first of its kind in the nation”.

All festival entries must be the applicants’ original works, not already in distribution and will be judged by noted industry professionals on the quality of the stories, production value, and submission guidelines. Stories that are culturally positive and non-stereotypical will have priority.

MACEF applicants can be of any background, but the production team must include at least one producer, writer, director, or lead actor who identifies as Mexican-American or Chicano of any generation or mixed ethnicity. Also, entrants will be responsible for obtaining all rights to third-party materials included in their submitted works, including trademarks, copyrights, and music. Furthermore, a digital link to the film or TV pilot is required.

MACEF hopes to impact the TV and film industries in a period of extraordinary growth and relevance for the past few decades called a “new golden era of television,” which has only been strengthened by streaming platforms in recent years. “Welcome to the New Golden Era of Mexican-American Chicano television and film,” declares Ruiz.

As the largest group of the U.S. Latino sector, Mexican-Americans have the power to make or break a film or TV show in release, as they are one of the largest filmgoing audiences.

“There are 40 million Americans of Mexican descent, approximately 70 percent of the Latino demographic, a key group to the success of any film premiere,” says Ruiz. “Our festival will address a need for the increase in representation on the screen, as well as a change on how we are represented,” concluded Dr. Ruiz. “It will build community and provide support to the filmmakers coming from this creative, hard-working community."

The Mexican-American Cultural Education Foundation is a Non-Profit Foundation, with the mission of educating the community about the rich cultural contributions of the Mexican-American community to this country, which are often unrecognized. To spotlight the many wildly successful Mexican immigrants, Mexican-Americans, and Chicanos and recruit their help as role models and mentors and to promote education, unity, pride, and progress.